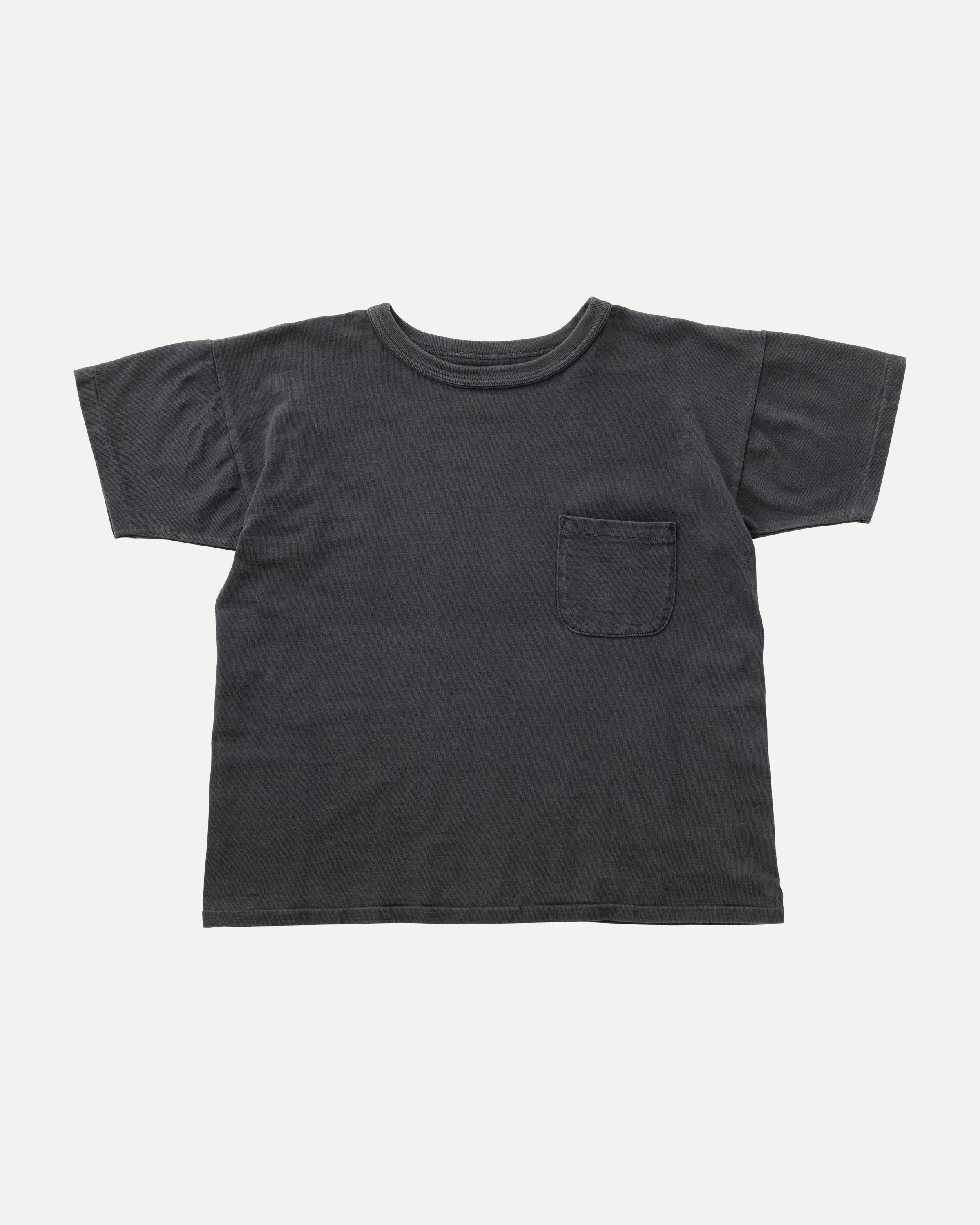 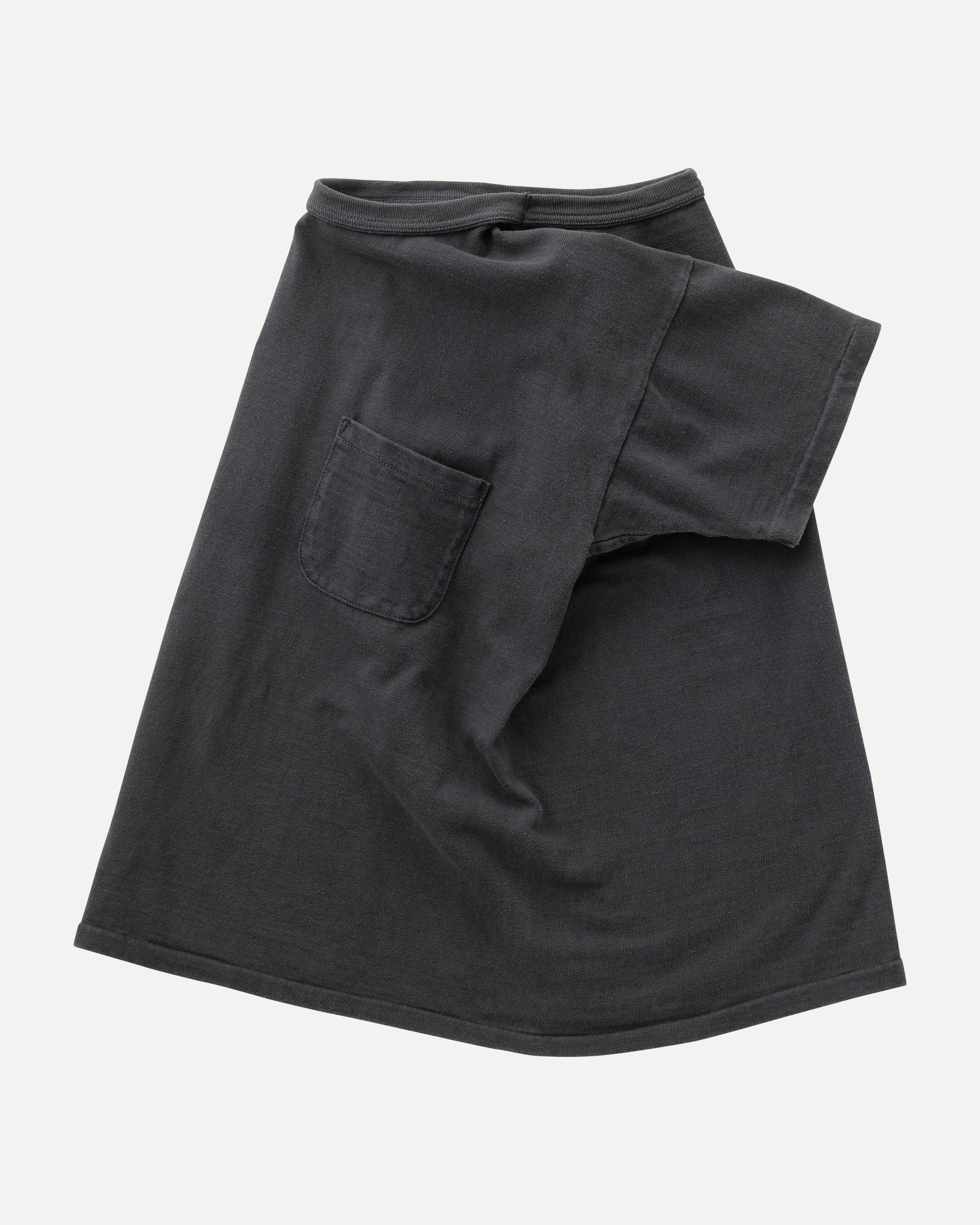 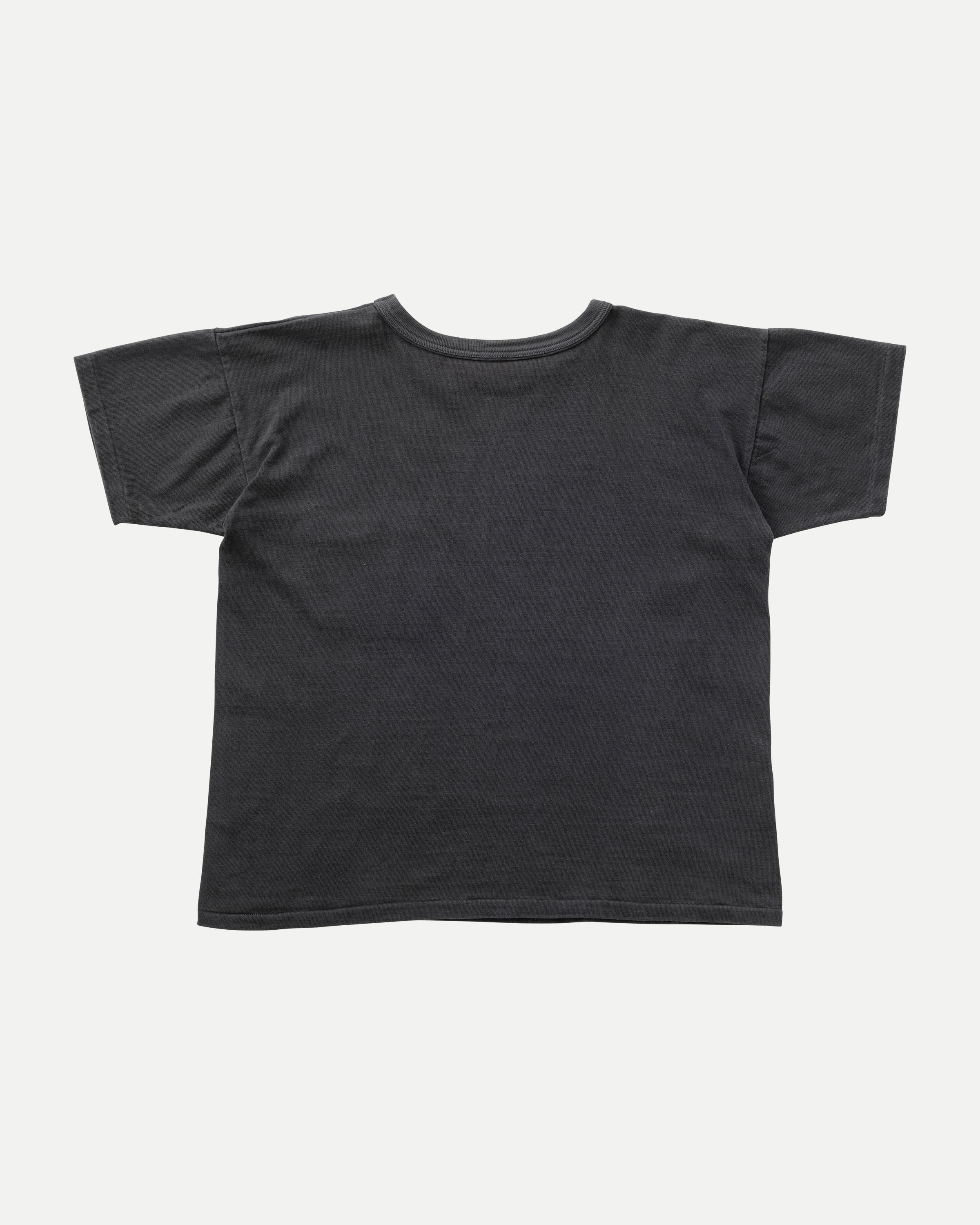 Two-layered ribbed neck, short sleeve Pocket T-Shirt inspired by those worn by men in America in the 1940s. The t-shirt has a front patch pocket, no slope to the shoulder, and is made from organic cotton using a loop wheeler machine to create a plain knit body. It is dyed using natural plant and mud dyeing techniques.

Taiga Takahashi has always been interested in the history of the t-shirt and how it went from being a form of underwear to an everyday staple of the American wardrobe. In the 1940s, it began to be adopted more commonly as outerwear, linked to economic growth that occurred in the U.S. as a result of the end of World War II. In a bid to make a t-shirt that accurately represented those worn in the 1940s, Takahashi purchased one from a vintage dealer in New York, U.S.A. Studying how it was made, using a loopwheeler machine, he tracked down a factory in Japan, one of only two still in operation in the world, that used the same manufacturing process. The resulting short-sleeved Pocket T-Shirt S/S is made from organic cotton and is dyed using natural plant and mud dyeing techniques to achieve a unique and beautiful patination.