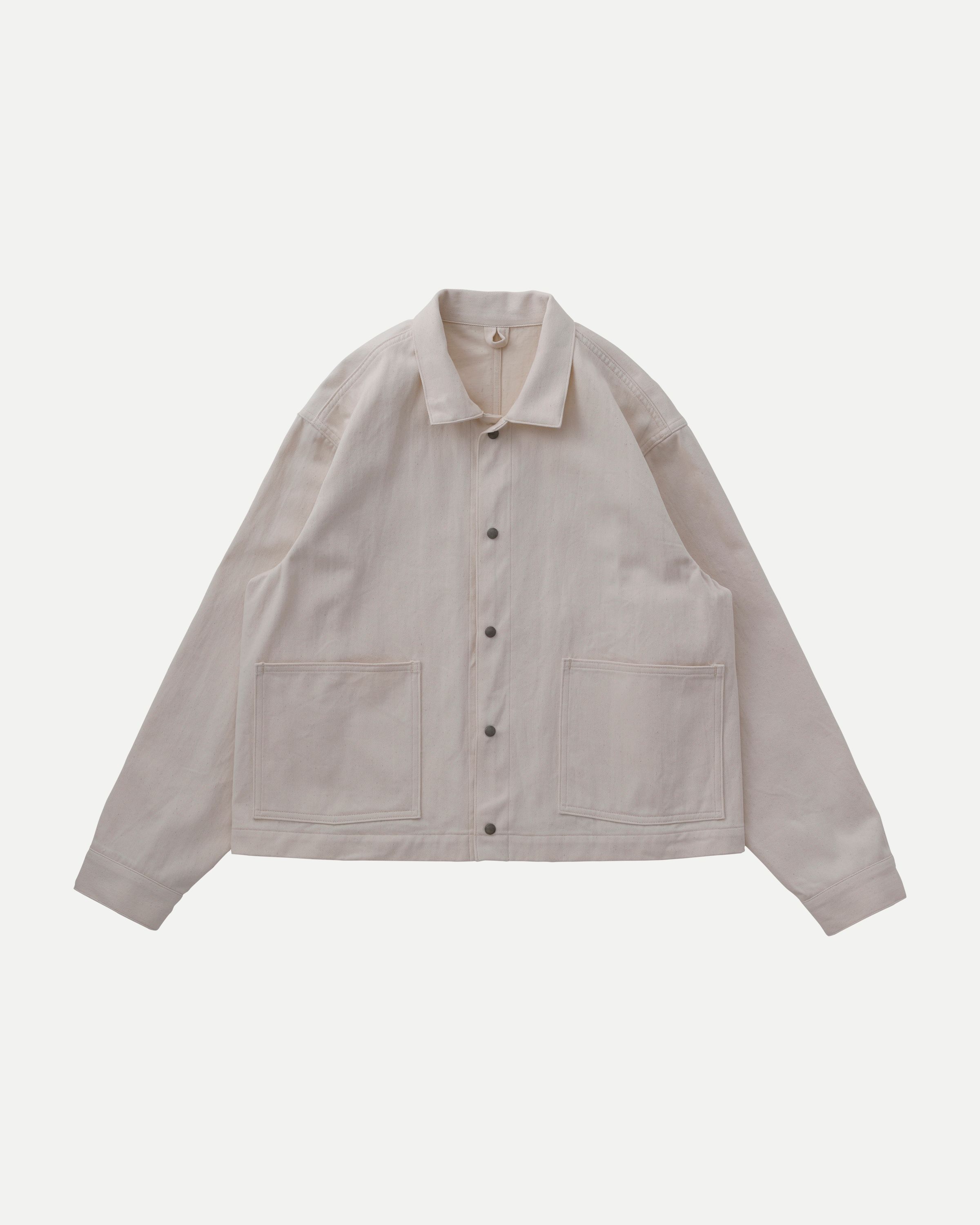 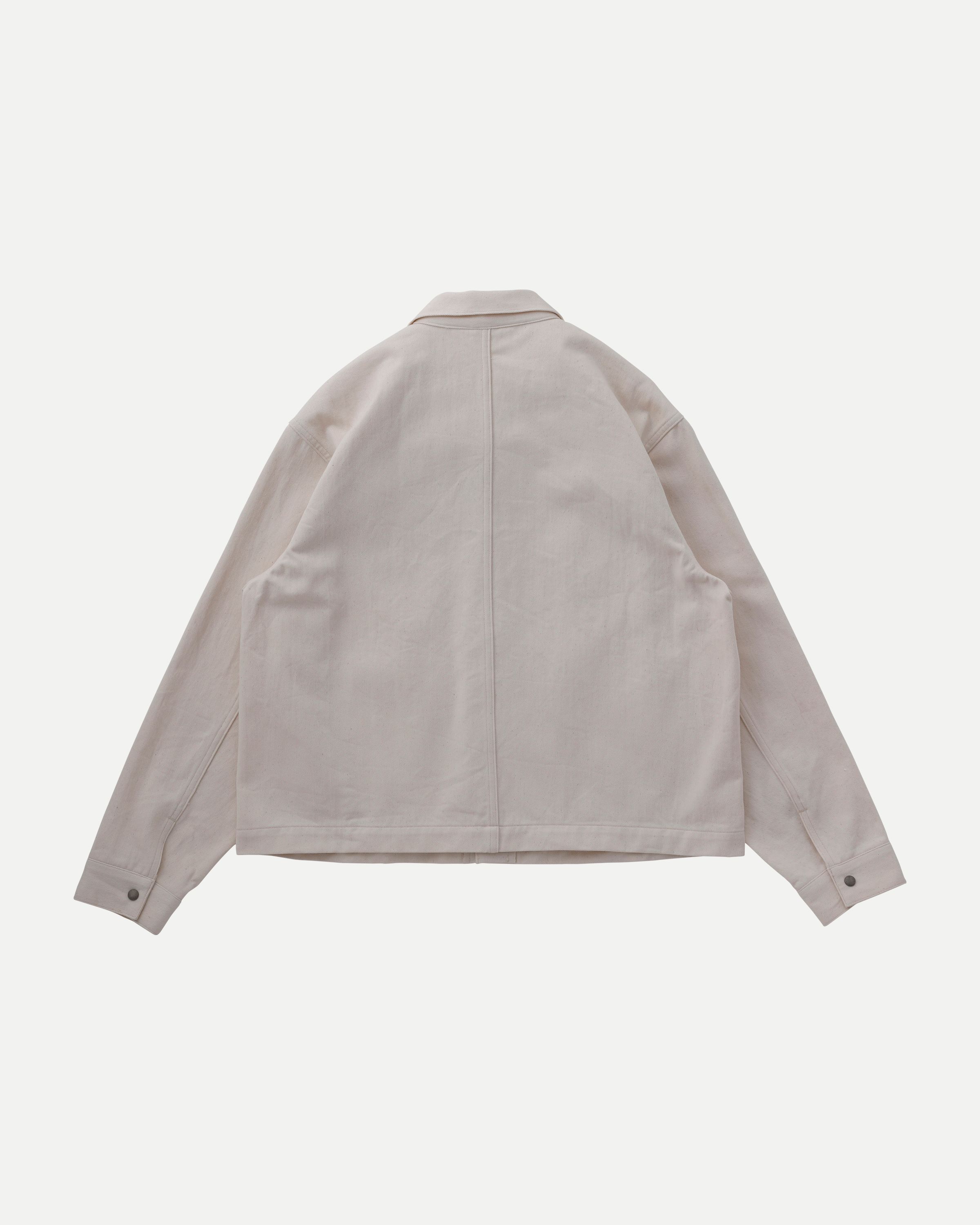 One panel, no-side seam Coverall Jacket inspired by the chore jacket worn in 1940s American. It is made using organic cotton customised eleven-ounce left-hand selvedge twill, modelled on the type used by the American military in the 1910s. The jacket has a sleeve made from one panel, customised snap buttons and is dyed using natural plant dyes.

The California Gold Rush, from 1948 to 1855, created an influx of people to the West coast of America, hoping to strike it rich. This period saw the inception of American workwear, as the gruelling work required clothing that could withstand the heavy-duty strain. The time predated mass production and consumption, and clothing was still mainly made by hand or by hand and feet operated sewing machines. Taking inspiration from a jacket sourced in Ohio, U.S.A., the Coverall Jacket is inspired by jackets worn by the gold miners in California in the 1910s. Made on a shuttle loom and dyed using plant dyes, it hopes to recreate the classic tailor-made shape with an uneven texture distinct to pre mass manufacturing. The one panel, no-side seam jacket is produced using organic cotton customised eleven-ounce left-hand selvedge twill, modelled on the type used by the American military in the 1910s. It has sleeves made from one-panel custom snap buttons and is dyed using natural plant dyes.