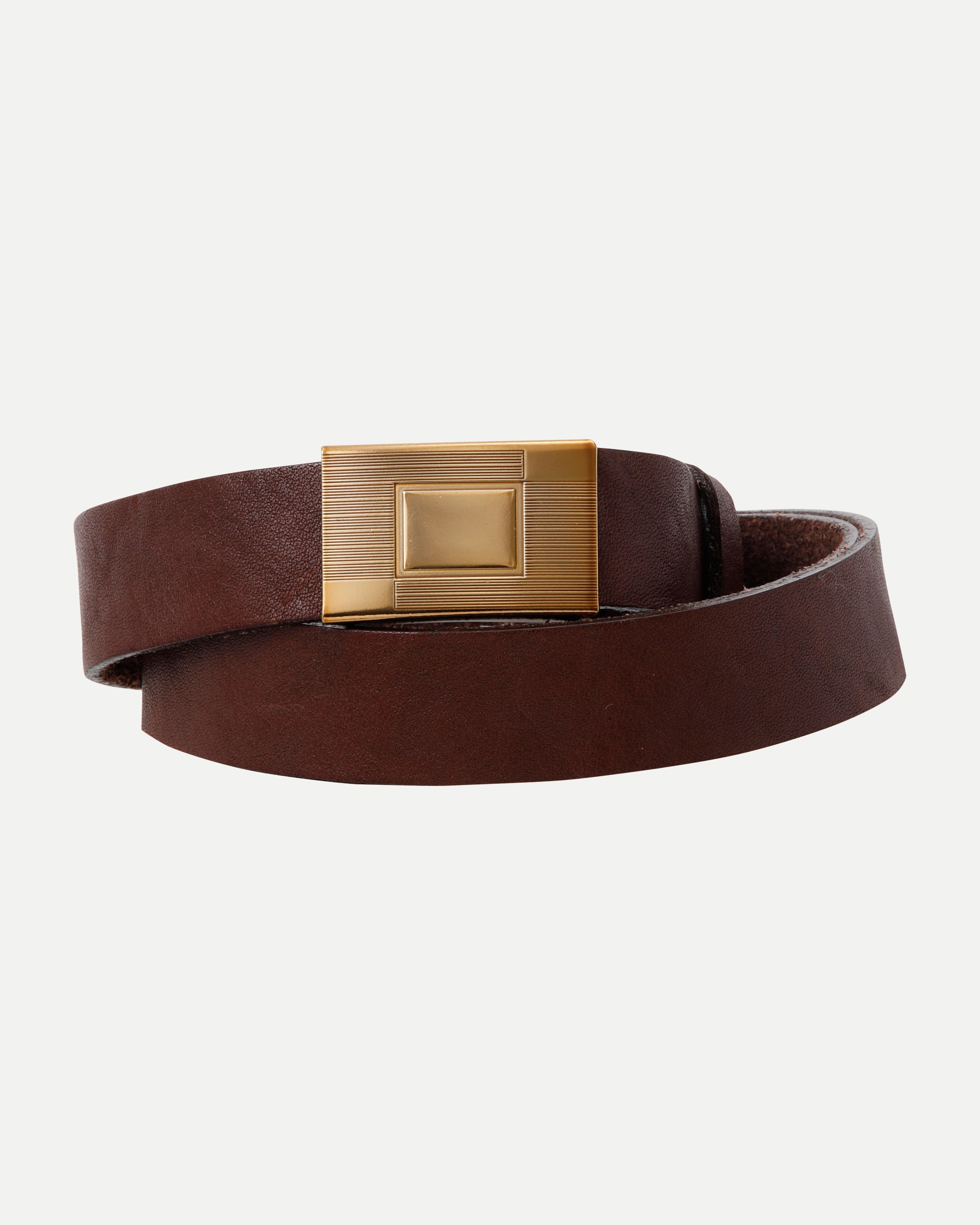 Brown leather Hickok Belt, featuring a custom-made brass buckle, created from a mould cast from an American buckle from the 1920s and named after the U.S. frontiersman and marshall James Butler, known as Hickok. The vegetable tanned cowhide leather is dyed on the island of Amami Oshima, using an ancient mud dying technique, and it comes in one size.

James Butler Hickok, known as "Wild Bill" Hickok, was a folk hero of the Old American West, known for his life on the frontier as a soldier, scout, lawman, gambler, showman, actor, and his involvement in many famous gunfights. Perhaps named after this gunslinger, an English accessories company of the same name manufactured belts using soft saddle leather "moulding it with unusual contours… in unusual colour combinations." After finding a vintage Hickok belt from the 1920s, Takahashi made the Hickok Belt featuring a custom-made brass buckle, created from a mould cast from the 1920s buckle. It is accompanied by a strap made from vegetable-tanned cowhide leather dyed on the island of Amami Oshima, using an ancient mud dying technique. The deep brown colour is achieved by steeping the leather in a liquid made from tree bark and then burying it in mud.